East Texas is generally considered to be the region east of Interstate 45, and west of the Louisiana border.

The northern border is Oklahoma, and the southern edge is the Gulf of Mexico.

It borders the Sabine River to the east, and the Gulf of Mexico to the south. Deep East Texas lies to the north, and Upper East Texas borders Oklahoma and Arkansas.

Interstate Highway 10 runs through the area in an east-west alignment. Other important highways running generally in a north-south direction include U.S. 69, U.S. 96 and U.S. 287. 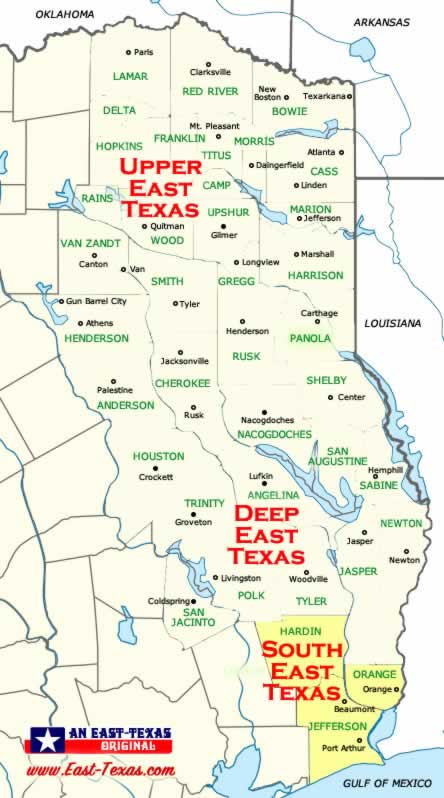 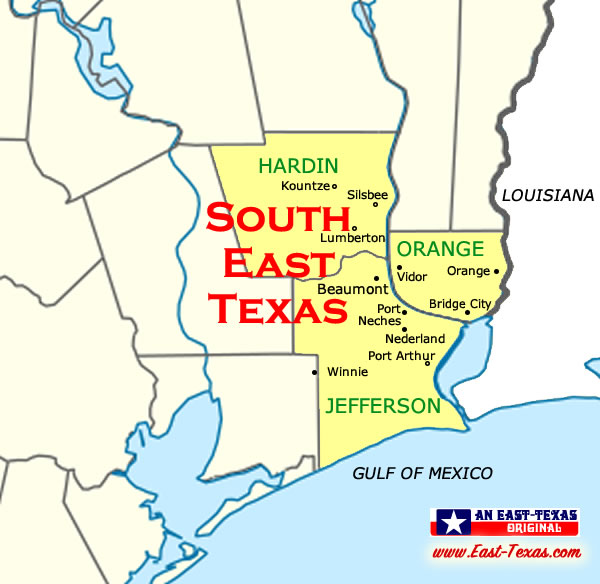 The following is a list of counties and county seats in East Texas, with links to the official website of each county:

Among the cities and towns in the South East Texas area are the following: